Remembering the Casualties of the Spanish Civil War

They looked for me in the cafes, cemeteries, and churches but they did not find me... 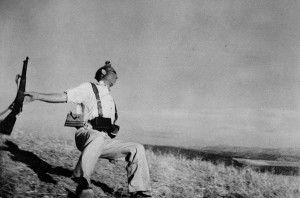 Eric Ledrew from Lush's Bight, Newfoundland, left home in the spring of 1925 to work as a sailor on the Halifax-New York run. For the next twelve years, he stayed in contact with his family. In his last letter dated in the winter of 1937, he indicated that he was going away for a while and would not be in contact for perhaps five years. He was never heard from again.

Across Canada, many other young men and a few women were to tell loved ones a similar story before embarking on an unknown journey. They traveled a circuitous route, often under an assumed name with false identification papers. Their destination: Spain. Why they went to that country is a complex story.

Much like Eric Ledrew, Wilson Joseph Pomeroy alias Jose Palmer left Newfoundland for Halifax in 1927. After a short stint as a sailor, he drifted from Halifax to Montreal and then to Vancouver looking for work at a time when the Great Depression had taken a stranglehold on the country. Born on Fogo Island, he had worked as a miner in Newfoundland and subsequently became a member of the militant United Mine Workers of America. In 1937, now a veteran of the infamous 1930s work camps and the 'On to Ottawa Trek,' he arrived in Spain as a volunteer in the Mackenzie-Papineau Battalion (the Mac-Paps) to fight for Spanish democracy. 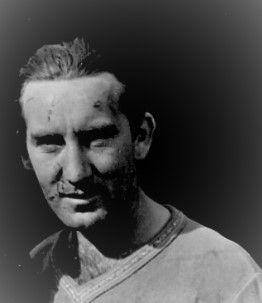 In February 1936, Spain elected its first truly democratic government, a loose coalition of leftist parties dedicated to bringing extensive reform to Spanish society and breaking the centuries-old feudal grip of land-owners, the church, and the military. The moves by the new government caused widespread alarm among the ruling classes, all of whom viewed the new government as a band of socialists, communists, and Jews, intent on the destruction of western civilization.

Barely five months after the election, General Francesco Franco launched a military coup in Spanish Morocco aimed at overthrowing the fledgling government. Within a few days, the military uprising had spread to the mainland of Spain. The coup leaders expected to occupy Madrid within a few days.

The rebel units of the military were met with stiff resistance from loyalist elements and from ordinary civilians who took up arms to defend their government. The Spanish Civil War had begun.

Back in Canada, the civil war in Spain received little attention. The entire country was consumed by the Great Depression. A hundred thousand jobless young men roamed the streets of the nation's cities. Unemployment was at 30%. A monthly dole allowance of $3 barely kept starvation at bay. International trade slowed to a trickle and to compound the misery, crop failures, and drought destroyed the economic lifeblood of the Prairie Provinces.

Richard Bedford Bennett, Conservative Prime Minister of Canada, between 1930 and 1935, saw communists around every corner, distrusted the trade union movement, and believed that in time the Great Depression would go away on its own, a do-nothing attitude that did little to relieve the national misery.

Bennett's one enduring legacy was to set up a system of work camps to contain the large number of unemployed men wandering the country. The work camps emerged as nothing more than a system of enforced labour. Men were paid 15 to 20 cents a day to slave on make-work projects such as road building--a strategy to keep the unemployed from coming under the influence of communists and trade unions.

In the summer of 1935, unrest across Canada came to a head. In British Columbia, men from the camps went on strike and converged on Vancouver. After several days of violent unrest in the streets, the leaders of the movement decided on a strategy to take the protests to Ottawa and to the very doors of parliament. Hundreds took the freight trains out of Vancouver heading east. All along the route, they were joined by hundreds more intent on carrying their 'On to Ottawa Trek' all the way to R. B. Bennett's office.

Bennett would have none of it. He ordered that the 'mob' be stopped at all costs in Regina.

The RCMP and city police in Regina attacked the 'trekkers' with bayonets, bullets, and truncheons. Hundreds were seriously injured. To diffuse the situation, Bennett finally agreed to meet with a delegation representing the workers.

Nothing constructive came from the meeting. Workers in the country were further alienated and conservatism became more entrenched in the Canadian power structure.

In 1936 and 37, the conflict in Spain became a rallying cry for the disaffected in this country. Canadian workers viewed the civil war between the democratic forces in Spain and the nationalist forces of General Franco as having many similarities to their own struggle for survival. The alarming rise of fascist organizations in cities like Montreal, Toronto, and Winnipeg added to the general sense of unease.

By late 1936, a trickle of Canadian volunteers had opted to join the fight in Spain. By 1937, it had become a steady stream.

Volunteers saw themselves as champions of freedom, fighting the nationalist forces of Franco and his fascist allies, Germany and Italy.

The volunteers became known as the International Brigades with the United States and Canada at the forefront. By June 1937, the Canadian contingent was large enough to form its own battalion 'the Mac-Paps.' They fought and died at the Battles of Jarama, Brunete, and Quinto; at Zaragosa; and at the Ebro River.

They were poorly trained and poorly equipped. A motley band of miners, mill-workers, and lumberjacks; fishermen, sailors, and dock-workers; shop-owners, nurses, and teachers. They fought on the front lines of the Spanish Civil War under the hostile eye of their own government which in 1937 made it illegal for any Canadian to join the conflict.

By early fall 1938, the forces of Franco in combination with those of Nazi Germany and Fascist Italy sensed victory. On the Ebro River, the International Brigades were overwhelmed. In September, the Spanish Government made the ill-fated decision to withdraw all foreign fighters and send them home. Perhaps the gesture would convince Franco to do the same with forces from Nazi Germany and Italy, they thought. It was not to be. In March 1939, the civil war ended with a Franco victory. Spain entered a long night of right-wing dictatorship which lasted until 1975.

Wilson Joseph Pomeroy was wounded at the Battle of the Ebro River on July 25, 1938. He subsequently made his way back to Canada after deserting from the hospital on September 10.

James Walsh, another Newfoundlander from Conception Harbour, lay wounded in the same hospital. Eventually, he too returned to Canada.

Eric Ledrew did not return.

Of the nearly 1800 Canadian volunteers, 50% died in the conflict. Many of those have not been identified. They fought under assumed names. Others, who were prisoners of war, were executed by Franco's forces and buried in mass graves.

The civilian toll was equally grim. Conservative estimates place those numbers at 600,000. Thousands more died in Franco's prisons after the conflict.