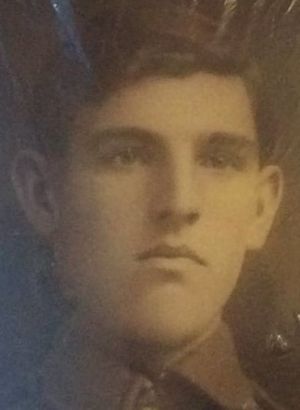 Life, to be sure

Is nothing much to lose.

But young men think it is.

And we were young.

O915: reported to brigade that Newfoundland Regt was moving off. It was subsequently found that the Essex Regt did not move until 0955 i.e after our attack had failed...

As soon as the signal for advance was given, the regiment left the trenches and moved steadily forward. Machine-gun fire from our right front was at once opened on us and then artillery fire also. The distance to our objective varied from 650 to 900 yards. The enemy fire was effective from the outset and the heaviest casualties occurred on passing through the gaps in our own front wire where the men were mown down in heaps...In spite of losses, the survivors steadily advanced until close to the enemy's wire by which time very few remained...

0945: The C. O. reported personally at Brigade Battle H. Q. 100 yards behind our firing line that the attack had failed. Shortly afterward, enemy opened an intense bombardment of our trenches which kept up for some time.

During the night and evening, unwounded survivors managed to crawl back to our own lines and by next morning some 68 had answered their names, in addition to stretcher-bearers and H. Q. runners...